They had a pig race, which was pretty weird. I was compelled to draw this artichoke flower, which won some kind of prize.

There were lots of roosters and chickens and bunny rabbits as well. The roosters have some amazing colors and patterns. 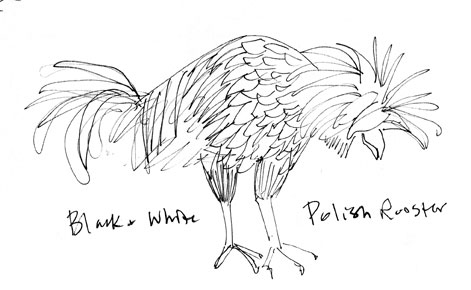 The Polish rooster looked kind of like a cocky Rod Stewart with long black and white feathers. 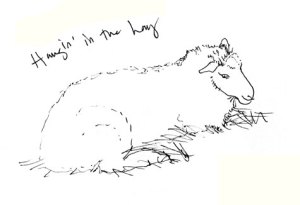 Another rooster had white feathers with black edging which almost looked like someone had drawn them on with a black ink pen. 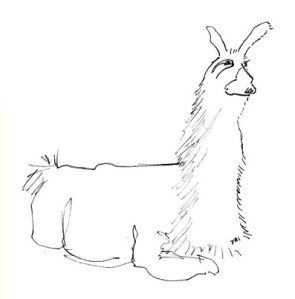 The paddock with llamas had a little placard which asserted that they are gentle, intelligent creatures but I have different experience with llamas.

When we went to the Turtle Back Zoo as kids, we used to feed the them RY-Krisp crackers.  Once when we ran out of crackers, the llama spat at my mother which, of course, pissed off my mom and forever rendered the llamas an unpopular breed to our family.